The stat above is one of the main reasons I got involved with Beautycounter in the first place. There is no reason that a multi-billion dollar industry is still governed by a page and a half of legislation that’s almost 80 years old.

The last time these laws were looked at was the same year as the first demonstration of color TV in the UK (to be available in the US in 1964). The internet wouldn’t get rolling until 1965. Telephones still had cords, never mind cell phones.

A lot has changed in the past 80 years. Don’t you think it’s time the Personal Care and Cosmetics industry changed too? 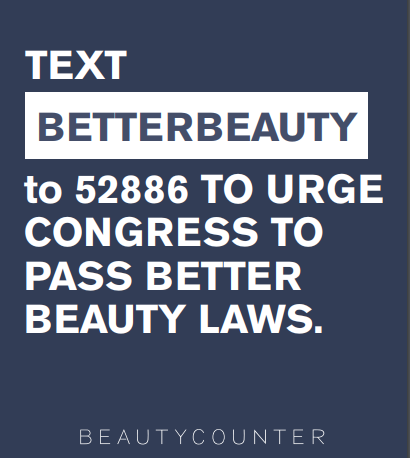