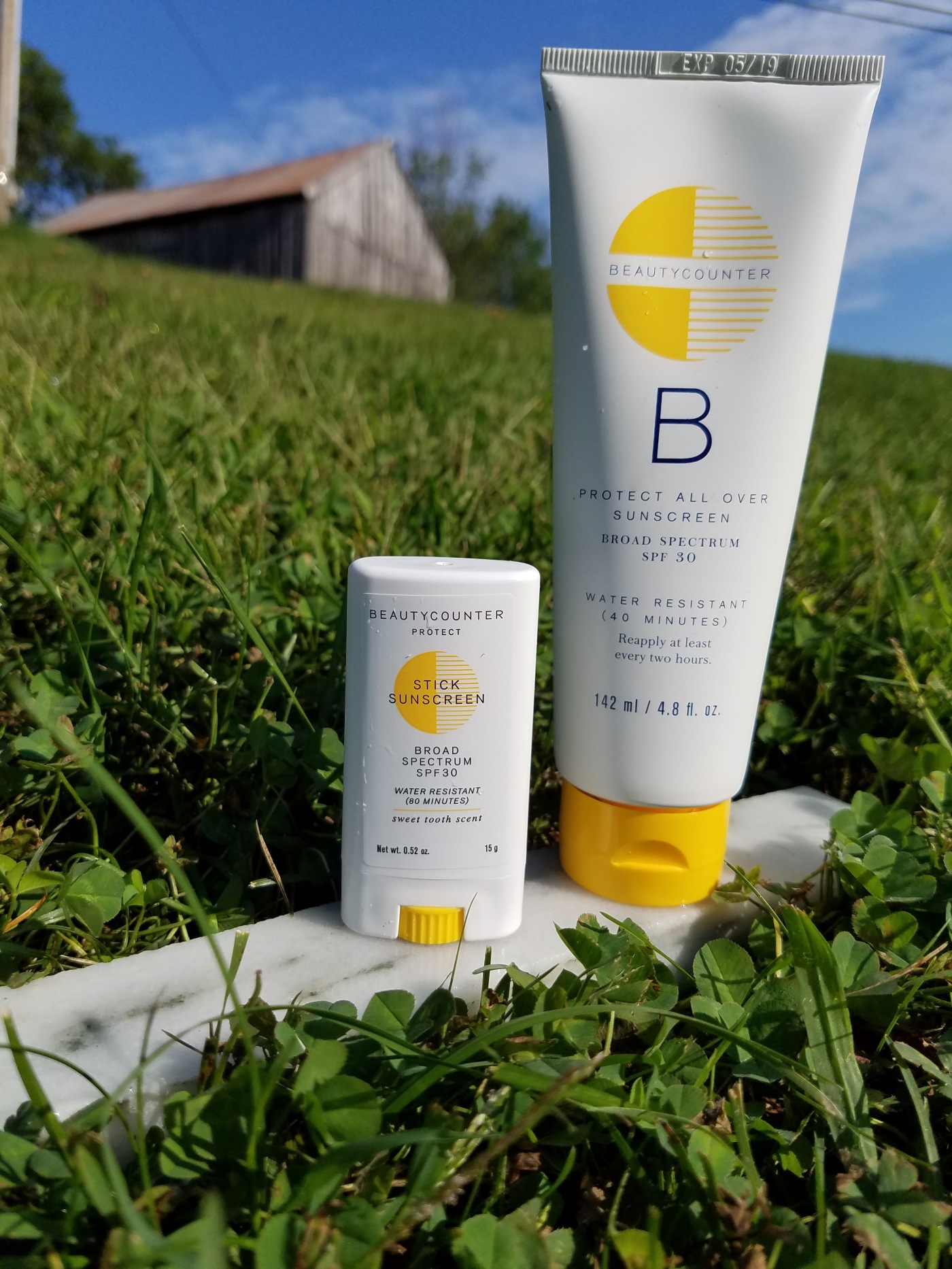 Being fair skinned, but not as fair as my younger sister, I’ve been pretty good about sunscreen. Now that I’m a mom, I’m almost overly concerned with keeping my blond haired, blue eyed baby safe from the sun. I never bought into the idea of spf 100- I don’t want to look like a ghost, but I bought sprays and whatever was on sale. I assumed the products on the shelf were all tested and safe. I’ve since learned that’s not the case.

The FDA has very weak rules, and products aren’t necessarily realistically tested for safety. The EWG has a great article detailing some of the limitations. Sunscreen is regulated as an over the counter drug, but the ingredients that are secondary to the spf are not. Some of those ingredients could in fact counter the effects of the UVA and UVB blocking ingredients, disguise the redness associated with sunburn, or break down in the presence of the sun.  Some articles even go as far as to claim that the ingredients in some sunscreens can cause skin cancer.

That may be taking it too far, but with the increases in sunscreens, we aren’t seeing a radical decrease in melonoma. Part of that is likely due to inefficient use of the products. Other steps should be taken to protect yourself from the sun- wear clothing, avoid the sun during peak hours, use enough sunscreen and use it before going out and don’t use old products. It’s also important to avoid inactive ingredients that could be harmful. The EWG has a great resource with their app (available on the App Store and Google Play). Beautycounter also has great sunscreens that are effective and tested for safety, without questionable ingredients, but that apply like traditional sunscreen- no more Casper effect.

September might not seem like the best time to write about safe sun, and expect another post in May, but the sun can burn you any time. Some of my worst sunburns have happened in the winter. The combination of drier skin and less perceived exposure, with the added magnification of the ice and snow, can lead to some impressive redness. Take care year round- love the skin you’re in.