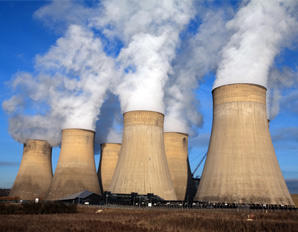 As a recent new mom, the worry about autism is fresh in my mind. In truth, it’s still there. I read a ton of articles all throughout my pregnancy and tried to balance the information. A common theme throughout all my reading was that autism is probably a result of genetic disposition and may be linked to exposure to toxic chemicals.

While the Autism Speaks  website is careful to say “It’s important to distinguish increased risk from cause. In most cases, autism results from multiple factors in addition to genetic predisposition. These can include a pregnant woman’s exposure to certain chemicals such as pesticides and phthalates (commonly found in plastics) and certain drugs such as terbutaline (used to stop premature labor), valproic acid (to control seizures) and some antipsychotics and mood stabilizers” they also list the following recommendations if you’re pregnant or trying to conceive:

Based on the Autism Society’s Facts and Statistics page, 1 in 68 kids in the US are autistic, and autism has increased 119.4% between 2000 and 2010. That’s amazing. There are huge costs associated with the diagnosis, and huge burdens on families. Prevention.com also lists 10 chemicals commonly linked to an autism diagnoses. During my pregnancy, I’d say I did most of these, though it wasn’t until later in my pregnancy that I really put tow and two together about the personal care products. That’s when I found Beautycounter and was drawn to their commitment to transparency and safety. The fact that the products are also amazingly effective and beautiful made the decision to become and educator and consultant and use the products on my family easy.

I was stunned to learn about the lack of regulation in the personal care and cosmetic industries and that no major changes have been made to the laws governing them since 1938. With thousands of chemicals in use, and hardly any of them tested for safety, it was a no brainer to support their efforts to get safer products in the hands of everyone. I consider myself an educated consumer, but I was just as in the dark as most of you. I assumed the products on the shelf at my local pharmacy were tested and safe, but with only 11 chemicals banned for use in the US (versus over 1400 in the EU) and companies allowed to list “fragrance” on the label to describe any number of chemicals considered trade secrets, our only chance to know what exactly we’re using is to buy from companies that put it all out there.

If this speaks to you, and you’d like to learn more about the mission and the opportunity to join this growing company dedicated to making changes to the industry, please contact me!